In the previous installment, we explored the childhood origins of Marty Deeks’ attraction to strong women. We discussed how his motivation to avoid painful memories, and his fear of repeating the violent relationship of his parents, cause him to seek out brave women who offer a comforting contrast to his mother:  women who can protect him and themselves. Today we’ll examine the ways this trait has exhibited itself in his adult relationships, at least the ones we know about. 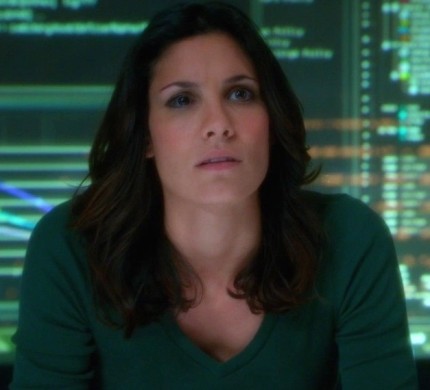 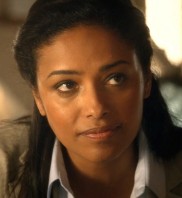 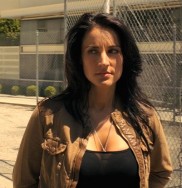 A Procession of Powerful Women Given the negative examples provided by his parents, Deeks’ attraction to gutsy women makes sense. But it’s more than physical strength that draws him- strength of character is just as important. His pursuit of such strength would naturally make fierce Kensi incredibly attractive to him, but she is not the only example we’ve seen. We know that he had a relationship with his LAPD handler Jess Traynor in "Human Traffic." We only see Jess in one scene, but she appears quite capable; we can assume that she must have been tough and tenacious in order to rise through the ranks of her male-dominated field. 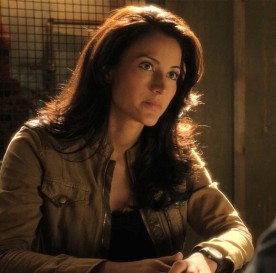 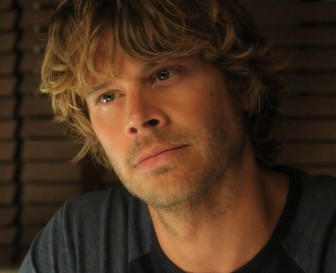 In "Sacrifice," Deeks makes “a connection” with Eva Espinoza, the Loreto, Mexico Chief of Police. Eva gets his attention when she bests Kensi in a fistfight, but really piques his curiosity when she explains that she took her job because “everyone else was terrified.” He tilts his head in interest at this statement; he’s drawn to her because of her courage, her “warrior spirit.” These three women have all been shaped by past trauma in their lives. Kensi’s father died when she was young and then she lived on the streets for almost a year. Jess survived a kidnapping attempt that killed her cousin; she went on to become a cop, driven to take down criminals like the human traffickers responsible for her cousin’s death. Eva’s brother was shot and killed by cartel crossfire, which motivated her to risk her life to seek justice. Despite being tested by tragedy, they all persevered. Their ability to overcome past trauma, to be strong despite or maybe because of it, no doubt resonated with Deeks. He may have felt like he had something in common with them, having survived his own childhood trauma. Perhaps he saw them as a contrast to his mother, a victim of violence who may not have shown the same ability to overcome her own traumatic experiences. We don’t know what happened to her after he shot his dad, but it’s very possible that she met a sad fate despite being freed from her violent husband. 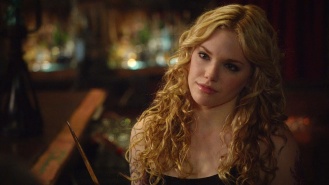 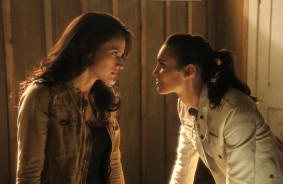 There are other examples of strong women in Deeks’ life. There was the unnamed previous partner who caused him to swear off female partners. There was crazy ex-girlfriend Erin with her “anger slash jealousy slash trust slash more anger issues.” She might have been a little too feisty, threatening Deeks with a knife when he interviewed her in the bar in “Crimeleon.” He made borderline unprofessional comments about Callen’s super-spy, super-hot ex-wife Tracy in “Standoff.” He also seemed way too happy to have strong women fighting over him in “Sacrifice,” as shown by the glint of excitement in his eyes when Kensi and Eva confront one another in the boatshed. 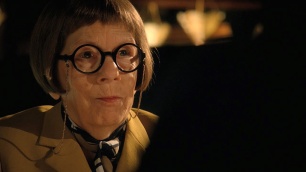 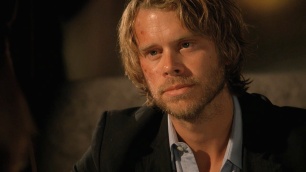 And of course there’s powerful Hetty, who has served as a somewhat maternal figure in his life. She’s become his next of kin, literally standing in for his absent mom. Despite her size, gender, and age, Deeks never questions Hetty’s strength. We see it right from the start, for example in “Human Traffic” when he tells her he’d “like to see [LAPD] try” to get her to “bugger off” from interfering in their case.

A Celebration of Strength

Deeks’ easy and complete acceptance of such strength must be welcomed by these women, nearly all of whom are working in a male dominated field where they likely find themselves consistently underestimated. Even formidable Hetty is probably all too accustomed to having to take down her doubters, like she did with Hawaii Five-O Detective Danny Williams in “Touch of Death.” But Deeks doesn’t just accept the strength of the women around him, he celebrates it. He doesn’t hesitate to express his pride in their abilities and confidence in their character. 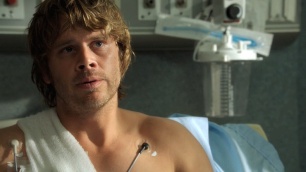 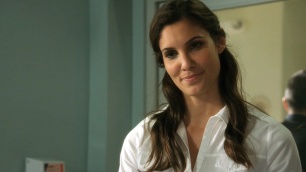 For example, in “Personal” he proclaims Kensi to be “not a real girl” but “like Wonder Woman.” In “Blye, K. Part 2,” he says about the man she is hunting for killing her father, “It sucks to be him.” In a subsequent scene, we get his famous “That’s my girl” line along with a small, proud smile when he hears how Kensi disarmed a man twice her size. He’s frantic with worry about her through the entire episode, but he always expresses complete confidence in her abilities. By the time we get to “The Frozen Lake,” he proudly tells the ghurka that his partner is simply “the bravest.”

In “Blye, K.”, Deeks expresses his faith not just in Kensi’s strength but in her character, telling her he never- “Not for a second”- questioned whether she would have murdered her father’s teammate. He expresses similar faith in Jess in “Human Traffic,” never doubting her honesty and loyalty despite allegations of possible corruption. He also trusts Eva in “Sacrifice,” even though the rest of the team expresses their suspicions. In the end his instincts about them all are spot on. 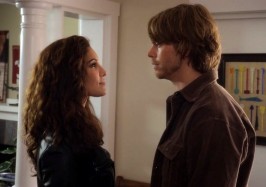 Deeks is never threatened by the strength these women possess. He remains confident in his ability to keep up, and is quite willing to challenge them. We see it right from Densi’s very first meetings in “Hand to Hand,” where Deeks is suspicious of Kensi’s Tracy and calls her bluff at Daniel Zuna’s house. In “Anonymous,” he turns the tables and makes her the butt of the undercover jokes (the former girl band member in need of plastic surgery). In a later example, in “Enemy Within,” he counters Kensi’s book smarts with his street smarts. In “The Fifth Man,” he expresses his concerns about Kensi’s plans to call Astrid, although in typical fashion, once she does, he offers her 100% support and encouragement to help her succeed. And, although he may fear Hetty’s letter opener, no one else comes close to teasing her the way he does with his “cheeky” comments. 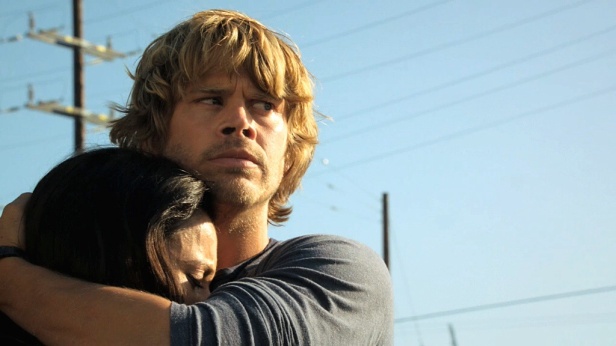 Having said all this, Deeks has chosen his profession because he “wanted to protect people,” and he certainly is quick to defend women whether they are weak or strong. From traveling all the way to Romania to find Hetty in “Lange, H.”, to rescuing a homeless ex-client and her daughter in “Drive,” to saving the job of a retail clerk/part-time prostitute in “War Cries,” he never wavers in his drive to protect.

This motivation seems to have come directly from his childhood experiences and the desire to protect victims of violence like his mother, but there may be more to the story than that. Deeks first became a public defender before he made his way to law enforcement. We don’t yet know what inspired his initial career choice, or why he decided to change course, but we can assume that he found satisfaction as a police officer because it filled this long-held need to protect.

Deeks’ drive to protect sometimes gives us examples that reveal more of his personality. In one such case, when he loses his temper with Scarli in “Human Traffic,” we see him tap into the anger that his father once directed at him and his mother. Ironically this moment of fury comes in the service of defending Jess’ honor. In “Empty Quiver,” we get another revealing moment when he lets his guard down at the sight of the scientist who appears to have been beaten by terrorists, a scene that likely brought back painful childhood memories. This allows the bad guy to temporarily get the drop on him, a rare professional slip-up. Despite this incredibly strong urge to protect women, Deeks is rarely overprotective, something we’ll explore more in the last installment when we take a closer look at his relationship with Kensi.

Next time we’ll examine how Deeks’ ability to embrace Kensi’s strength makes him the perfect partner for her both professionally and personally, and we’ll delve into the big changes that Season 5 has brought to his relationships. In the meantime, let’s continue the analysis:

Tell us your opinions in the Comments!