The Origins of Attraction

Marty Deeks’ attraction to strong women is clear. After all, he refers to Kensi as “Wonder Woman” and proclaims her “the bravest.” And Kensi isn’t the only strong woman in his life:  from powerful Hetty to professional mud wrestlers, there have been many such women who’ve found themselves close to Deeks. It’s more than just simple chemistry at work — he revels in their strength. He’s never intimidated by it and always supports it.  Today we’ll take a look at how he might have come to possess such an appealing quality. In the future we’ll explore how it has factored into his past and current relationships. 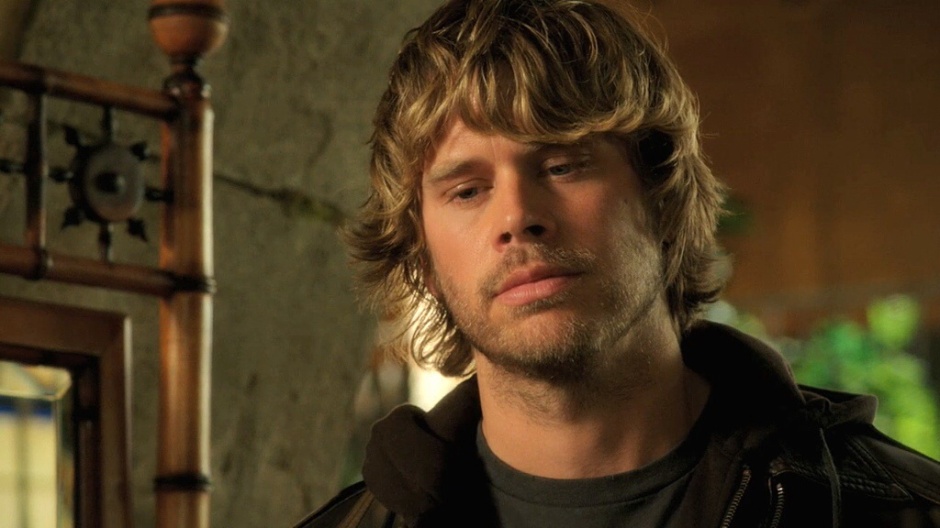 A Painful Childhood Sets the Stage

This wonderful trait we see in adult Deeks may have its origins in his difficult childhood. We know that his father abused his mother and him. Things were so bad that when he was 11, his dad was “one drink away” from killing them both. We haven’t yet learned any other details about his mom, but we can picture lots of reasons she might have stayed with Gordon Brandel. Perhaps she lacked the financial resources to support herself and her son. Maybe she didn’t believe she could escape, or feared that trying would put her child in even more danger. Or just maybe she loved her husband despite his violence.

Growing up watching his mother’s abuse would have had lasting effects on Deeks. Some children who grow up in this kind of environment find themselves repeating the cycle of violence as adults. Some boys learn that the only way to gain power and control in their life is to use threats and violence to make those around them fearful and compliant. Some girls learn that escaping violence is hopeless and that the victim deserves what she gets. This “learned helplessness” leads them to give up when they encounter similar situations as adults.

Other children become determined to never abuse or be abused. Witnessing the abuse in essence teaches them what not to do. Their paths to healthy relationships may not be simple, but in the end they succeed where their parents failed. This is the course Deeks has chosen to follow. It started with what has to be a defining moment in his life, shooting his dad to defend himself and his mom. In that single, horrible act, he ended the helplessness he had experienced throughout his childhood.

That his mother was not strong enough to protect herself or him must have caused young Marty much emotional distress. We can imagine that he might have felt confusion, disappointment, shame or anger at her weakness. It’s no wonder then that he’d be drawn to strong women who can protect themselves, who would never become victims. These powerful women would offer a comforting contrast to his mom. Sure, he’ll always be protective of all women, weak and strong. It’s no doubt one of the reasons he chose his profession as a police officer. But being with a strong woman would make him feel safe from the pressure and stress he must have felt as an 11-year-old forced to take extreme action in self-defense. On the contrary, these women are more than capable of protecting Deeks like his mother never could.

Beyond that single turning point where he ended his and his mother’s trauma, Deeks seems determined to avoid repeating his father’s ways, and he’s gone on to take control of other aspects of his life. He’s become an attorney, a police detective, and maybe someday a federal agent. But even with all that he’s accomplished, he still carries the pain from his childhood within him, as well as a bit of his father’s darkness…

There is one fascinating dimension to Deeks that vividly illustrates the path he rejected. It comes in the form of his “alter ego,” Max Gentry. Max represents the meanness and violence of his father. For all we know, Max made his first appearance long ago, perhaps as Deeks was trying to survive in his rough neighborhood. Deeks could have taken all that he had learned from his father about asserting control and channeled it into Max, whose “less than stellar” reputation would have made for a fearsome adversary to protect little Marty from neighborhood thugs.

In the pool hall scene of “Plan B,” we get a clear indication of how Gordon Brandel would have treated women. Max threatens to collect his friend’s debt by taking it out on his girlfriend, and then possessively runs his fingers through her hair. It’s a chilling display of how his dad would have seen women as mere possessions to control. Even now Deeks fears becoming Max, telling Kensi that, “Some days it’s too easy” to slip into this role. He realizes what a terrible person Max is and he’s ashamed of himself for carrying this part of his father inside of him. We see this in his desire to keep Kensi as far away from Max as possible, telling her to wait in the car rather than providing back-up inside the pool hall and later in the market. 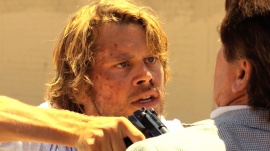 Apart from Max, we get a glimpse of the intense anger that Deeks is capable of, and that his father likely exhibited on a regular basis, at the end of “Human Traffic” when he comes close to killing Scarli. The fact that we’ve witnessed anger like this from Deeks so rarely might be an indication of how hard he works to repress that side of himself.

Given his desire to escape his father’s legacy, and his fear that he could potentially fail to do so, it’s no wonder that Deeks gravitates towards strong women. At some subconscious level, they might even provide him a sense of security that he is safe from morphing into Max, from slipping into his father’s violence. They keep him from ever repeating his parent’s painful relationship. 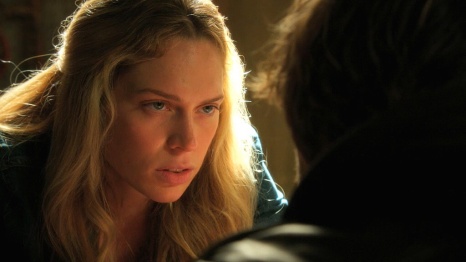 Nicole: The Exception Who Proves the Rule

There is one woman important to Deeks who doesn’t seem to fit his “type,” and that is Nicole Martindale. In the first scene of “Plan B,” Ray tells Kensi that Deeks is “a sucker for brunettes.” But when we meet Nicole a few scenes later, we see she’s blond. Beyond mere appearances, she behaves in a rather passive manner, not at all like the other women we’ve seen Deeks attracted to. Her lot in life seems to have been determined by the men she’s been with. She’s not quite the victim that Deeks’ mom was, maybe more a victim of circumstances. She married a criminal and sees another one as a way out of her problems. When Deeks confesses his true identity, she calmly calls him a coward but otherwise barely reacts. It’s as if she’s used to having bad things happen to her. In the same manner as the learned helplessness of an abuse victim, Nicole seems resigned to her fate. Deeks knows she’s had a tough life and tells her “I’m sorry, I know that life has not been easy since you met me.” 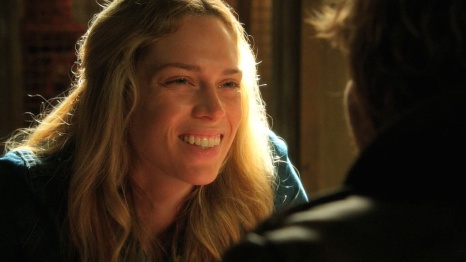 Only it’s not Deeks that Nicole has known, it’s Max Gentry. When seen through the lens of Max, their relationship makes much more sense. With her long blond hair, Nicole might even physically resemble Deeks’ mother. The fact that she would allow the men in her life to control her fate would have been appealing to a man like Gordon Brandel, and therefore it would also have been attractive to Max. We’d hope that Max would never have been as violent with Nicole as Brandel would have been, but we don’t know for sure. The time they spend together in this episode shows a Deeks trying to charm information out of Nicole rather than a Max trying to bully it out of her. Not to get too Freudian in our analysis, but their relationship could have been even more Oedipal in nature, with Nicole taking care of him in a somewhat maternal way. As Deeks described it, “When I got the flu the LAPD didn’t bring me chicken soup, she did.”

Seeing Nicole as in some way a substitute for Deeks’ mom makes his apology to her all the more poignant. No doubt he could have said the same words, about life being difficult, to his mother. It’s also easy to imagine that his mother might have had the same response — that somehow Deeks still managed to be the best thing in her life. And it makes his attraction to brunettes all the more logical, given his desire to avoid repeating the problems of his parents’ relationship.

In future installments, we’ll take a look at Deeks’ other relationships and how they fit into his “thing” for strong women. We’ll examine the role it played in winning Kensi over, and how his relationships with the two strong women in his life, Hetty and Kensi, have changed this season.

In the meantime, there are still things to ponder about how Deeks’ predilection for strong women came about. Help us psychoanalyze him a little further:

Tell us your opinions in the Comments!

7 Comments on Deeks & His Wonder Women: Part One