One of the most intriguing and thought provoking scenes to come out of NCIS:LA’s Season 5 was from the Densi-defining episode "The Frozen Lake", written by Dave Kalstein. As Kensi tries desperately to find a way to explain to Deeks what she is feeling, she chooses the spiritual side of her Sayoc training for inspiration. From this moment, the frozen lake analogy opens up a whole new dimension to Densi’s relationship as she teaches Deeks how to take the next steps in their complicated dance. As Kalstein mentioned in an interview with wikiDeeks, “Kensi wasn’t just telling Deeks a story, she was actually training her partner by giving him a tool to understand the emotions they have for each other.” Sayoc gives the student a toolset to respond to any hostile situation armed or unarmed. So when Dave Kalstein began incorporating the art of Sayoc into his NCIS:LA scripts, it was important not only to highlight the knife fighting and stick grappling which is the foundation of Sayoc training, but also the invaluable mental training component that is such an important part of the regimen. 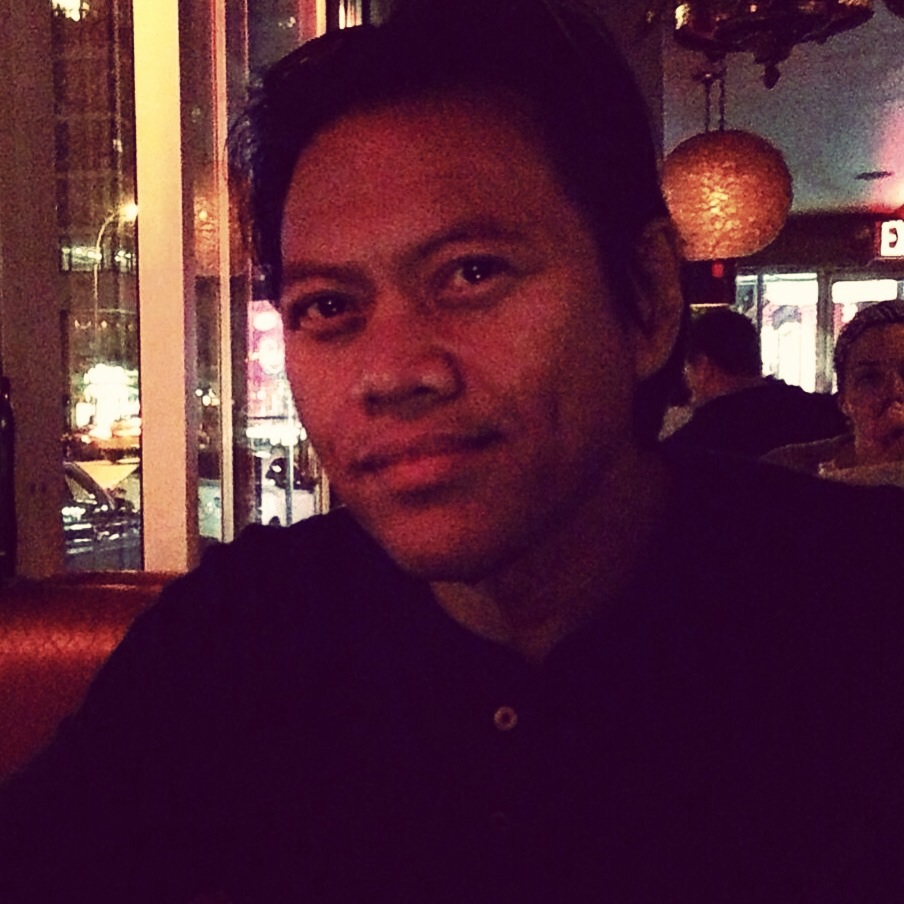 We wanted to find out more about this expressive teaching so we went right to the Tuhon himself, Rafael Kayanan. Rafael, who is the fighting tech advisor on NCIS:LA, is one of only 10 leaders who have earned the rank of Tuhon in Sayoc Kale.  Sayoc is a Filipino martial arts system that was founded by Tuhon Chris Sayoc in the 1980’s. Kayanan began his Sayoc study in 1983, which trains its students on how to think, observe and affect the world around them. “Sayoc is about emphasizing the study of how the mind works,” Kayanan explains. “Nothing in martial arts occurs without thought; even uncluttered minds require looking within and observing habits and logical biases.”

Sayoc is a discipline that uses metaphors in order to engage the mind as much as the physical being. “Sayoc does not want to encourage becoming a physical threat without learning how to humble your mind as well,” says Kayanan. “Humility is a sharpened ego.”

The scene at the motel, which prompts their frozen lake discussion, is filled with physical threats handled by rather cluttered minds. When Kensi’s life is threatened, Deeks hesitates to take the shot. She reacts by lashing out physically. As Kalstein describes the scene, “Kensi’s punch came from a purely emotional place… In the heat of that moment – the violence, the danger, the new dynamic to their partnership – Kensi’s emotions simply got the best of her… She doesn’t like to talk about emotions or open up. By punching Deeks, she failed her partner.”

When Deeks finds Kensi in the shooting range, she is clearly agitated and upset. She’s angry at herself because she let her emotions overwhelm her. She knows emotions are a huge liability that could get someone like her partner killed.  Preventing these emotions from interfering with her ability to do the job must be addressed through thoughtful actions…not pure adrenalin. Kayanan says that in order to teach the student about the frozen lake, the first interaction is through dialogue and communication. “Each Sayoc instructor has been part of a never ending process of looking how the lessons of a high art and an art of consequences applies to who they are and where they will be.”

Kayanan expressed that in between sets of physical drills you can find an instructor relating shared experiences, while showing how the physical drill is really also a formula about human behavior. “Any physical behavior is applied mental command. It can be applied by a muddled mind or a clear mind. It’s your fire.” Using the frozen lake teaching is about being smart and maintaining a strategic perspective, seeing the bigger picture and understanding what’s at stake and coming up with a plan of action that will address all ramifications. As Thapa (the Gurkha) said, “Walk slowly. Stop to look at everything. Take your time.” Even though Kensi is afraid their relationship isn’t going to work out, she stops to explain to Deeks what is going on inside her mind. The frozen lake training has taught her to be observant, careful and thorough in identifying problems she may face.

Kayanan says that Kensi’s character is a metaphor for life and that she makes choices and desires the same way many other people do. “Whether she is right or wrong depends on how Deeks handles it as well. We can do something for our self that is right, or right for the other person or right for all involved. Every move is correct until the next move tells you it’s wrong.” That’s why she exposes her innermost feelings and tries to explain why she acted as she did. She realizes that they are in this together and she can’t solve the challenges they face alone. Communication is key for Densi, something Kensi has continually found frustrating in her relationship with Deeks. Even though she berates him for not being able to say what he means, she knows she has the same exact problem, which is why she decides to use the frozen lake metaphor to explain the storm raging inside her heart.

As she explains to Deeks about her Sayoc training, she uses the frozen lake metaphor to say: “I know I screwed up our thing but I wanted for us to work out so badly I just rushed in and let my emotions take over. By the time I got there I realized I may have destroyed everything we had together. You did the same thing when you didn’t take the shot. Our emotions can’t come in the way of our relationship. The only way we can prevent this is to stop, be disciplined about it and take our time to talk about what is important and how we can overcome our challenges.”

Although Kayanan says discipline is a major part of the concept, discipline can also be a form of punishment or obedience. Thapa explains to Deeks that he must take his time, and Kayanan says he also asks Deeks to think about the consequences. “Are you thinking beyond what happens if you get what your heart desires?” asks Rafael. “If you do, then perhaps you wait till spring and row out to that lake and apply the one good rep that life allows you for that situation.” 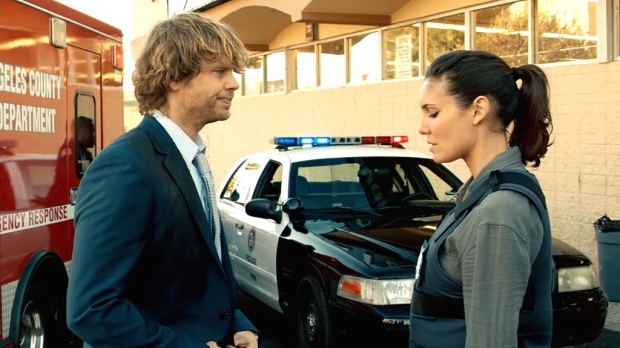 After Deeks rescues Thapa, the partners stop to talk next to the ambulance and Kensi decides to trust her training as she asks Deeks for his patience. She’s not just asking him to be patient as she works on her communication skills, but to be patient (disciplined) as she slowly works her way across the frozen lake, moving their relationship forward inch by inch. Kensi uses the teaching to find her way through her fear in order to take on the challenge. She realizes that if they can get their thoughts together, and be smart about their next moves, then they can have it all!

Kayanan loves that a show like NCIS: Los Angeles can show the symbolism of the frozen lake exactly the way it is taught. “The viewers have been part of all the characters’ journey. Every writer, every crew member and especially the actors bring them to life. So the symbolism of the frozen lake for Sayoc is not different from what Kensi and Deeks discuss. A longtime viewer of the show knows each character so well that I bet they can tell you what their ideas of Sam’s or Callen’s frozen lakes are too.”

When asked if there are other ways to cross the frozen lake besides what Thapa teaches Deeks, Kayanan replies, “Yes, but that’s for Deeks to show us, isn’t it?” We have a feeling Deeks has already been showing us how he will cross the lake and then we’ll get to see how well Kensi has trained him in the Sayoc philosophy!

Thanks go out to Rafael Kayanan for taking the time to explain the frozen lake concept to us and how it was applied in this episode. You can also read his interview with wikiDeeks in its entirety tomorrow and find out more regarding how Sayoc teaches their students about the frozen lake metaphor and how they can apply it to their everyday lives.  In the meantime, tell us if our interpretation of the frozen lake matched yours in the comments below.

12 Comments on Beyond the Metaphor: Densi & the Frozen Lake