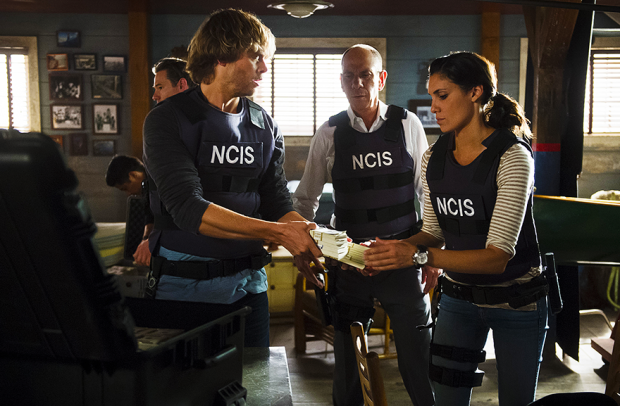 What CBS is telling us:  “Unspoken” – The team searches for Sam’s former partner, Ruiz (Anthony Ruivivar), who disappears while buying a deadly explosive during an undercover operation, on NCIS: Los Angeles, Monday, Nov. 2

What we think is happening:  Sam’s past once again stuns the team as Sam’s first NCIS partner is involved in bombing.

Be on the lookout:

Great day working with @llcoolj on @NCISLA_CBS gonna be a wild ride!!!

Was Marty (great name) on General Hospital from 2006-2009 and had guest roles on a number of crime dramas.

Recurs on Grey’s Anatomy as a nurse with guest roles on Marvel’s Agents of SHIELD, Scandal and Castle.

Santana was excited to be at Paramount Studios to work on the episode:

A number of guest roles as blue-collar workers (Gruff Handyman, Gas Station Attendant in a number of crime dramas).  Appeared on the mothership in two years ago as a courier in “Canary”.

Brian Tan this summer in Murder in the First and guest star roles in a number of procedural dramas.

Child actor. Happy to be at Paramount Studios:

Off to Work…yeah👊🏼 early call today but happy to be on set again. #setlife #youngactor #primetime #cbs

Final day of prep on my second co-written ep of #NCISLA, this time with Frank Military, directed by the incredible @Ladydi2000. #letsdothis

So talk about rock star! @llcoolj in the middle of his CU gets stung by a bee on his hand and didn't miss a beat! #NCISLA #bestcast&crewinHW

Insider Intel:  Nothing up this week so far.

Kensi and Deeks working a crime scene (with a steadicam):

Guest star Antony Ruivivar is promising explosions for this episode:

On set @NCISLA_CBS with a gang a Filipinos and a bunch of explosives! What could go wrong? #toomuchfun pic.twitter.com/nYU1Fl4EF4

This episode was filmed the week the cast and producers were at PaleyFest so most of the photos taken that week were from the event and not the episode.

Stunning as always to see an explosion on this program.  Sam’s past gets a face – Mark Ruiz.

Hmm, could that be a little Deeks IA woes foreshadowing with Deeks’s “People change Sam, especially when they’re in deep cover.”  A little something to file away.

Perhaps the betrayal comment in the preview is about Ruiz’s addiction issues.