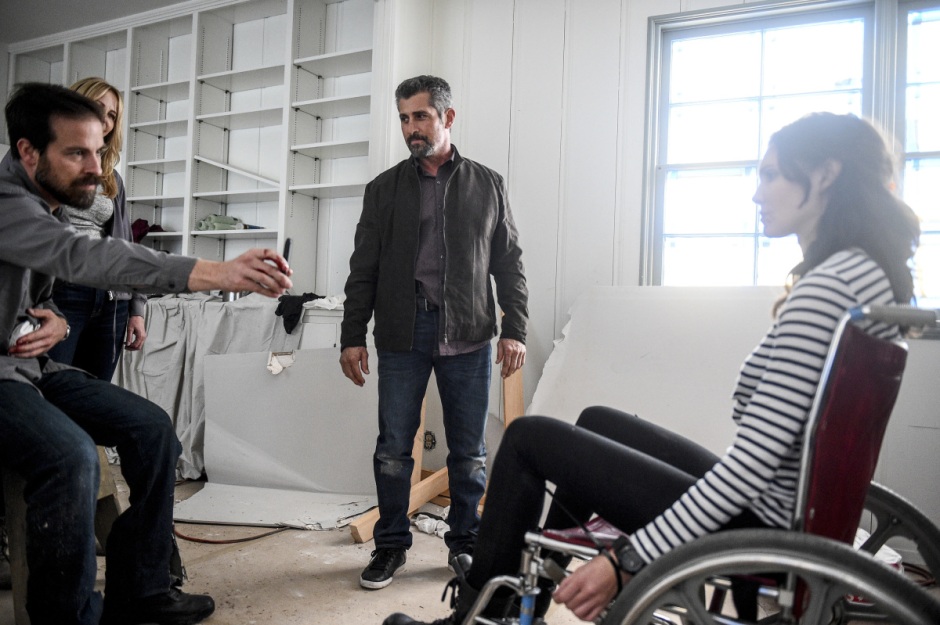 What CBS is telling us:   Emotions run high for the team as one agent is held in an unknown location and tortured by the mole, while another discovers he was betrayed by someone he least expected, on NCIS: LOS ANGELES.

What we think is happening:  Some familiar faces return (some from other CBS series!) and Kensi’s very bad season eight continues.

Just a reminder, “Payback” starts an hour later than usual – 9PM ET/PT; 8PM CT/MT in the US.

Check your local listings for This Sunday's #ncisla 02/19/17. Some time zones are 9pm, this Sunday only! Spread the word!

Our possible traitor Vostanik returns from “Under Siege” on January 29th (good grief, we’ve gone a long time between episodes).

Oh, the Admiral is back.   Before there was NCIS: Los Angeles there was NCIS.  Before there was NCIS, there was JAG – a legal drama about the Judge Advocate General’s office in Washington.  The office from mid-season one until season nine was run by Rear Admiral A.J. (Albert Jethro) Chegwidden (and you probably thought CBS had no Jethros between The Beverly Hillbillies and NCIS).

Chegwidden was a former SEAL (probably too old, however, to be a SEAL with Sam), retired Rear Admiral and when last seen was a high-priced attorney in private practice when he appeared in the season ten finale of NCIS as Gibbs’s attorney when Colin Hanks was trying to put him in jail.

Chegwidden was the typical JAG/NCIS/NCIS: Los Angeles/NCIS: New Orleans-style person in charge – tough but fair, smart, funny and unfailingly loyal.  Chegwidden (and the actor) is also on the tall side so I’m totally rooting for quality scenes with Linda Hunt’s Hetty.  Both have powerful presences but not quite the same size.  It would make sense that a former SEAL turned head of JAG turned high powered DC attorney would know Hetty.

Also back from “Under Siege” last month and that’s not good.

Joelle was last seen kissing Callen under the mistletoe in “Cancel Christmas” in season seven.

Lawson’s talent management company had her in “Under Siege” but she did not appear.  It looks like Miguel Ferrer’s scenes were all shot before the holidays and she worked with him.

Our good friend and esteemed colleague, #TerrenceO'hara is back. He's prepping E815 which begins production on 01/03/17. #ncisla #StayTuned

Insider Intel:  So far nothing but I wouldn’t be surprised to see an article or two pop up before Sunday.  As always, check the comment section for any new articles or episode photos Sunday night.

The program also put out this photo after the released the promotional photos in mid-January:

It all comes down to this. Watch the latest episode of #NCISLA before the hunt for the mole continues: https://t.co/wMOxzeTnj5 pic.twitter.com/NoUKAzeZ4j

Obviously, they wanted to keep Kensi’s fate quiet until after “Under Siege” aired.

Looks to be an Action!Deeks hour:

And a not very good Kensi day:

Today in having your photo taken with Linda Hunt:

Today in having your photo taken with Daniela Ruah’s chair:

Sam’s car is ready for its close-up:

Preview:  Deeks has a little heart to heart with Sabatino in the boat shed in the preview:

Sneak Peek:  Just one so far this week:

Yay Kensi!  If CBS sends out any other video, I’ll post it in the comments.

Possible Sports Related Delays:  CBS has a golf tournament that should be over before primetime starts.  On the odd chance that there is a delay, I’ll put the start time in the comments Sunday night.  And remember – an hour later Sunday night.

Next week is a rerun of the two-part season premiere at 9PM ET against The Academy Awards.  The program returns March 5th and should have a straight run through the month of March (with some delays due to basketball later in the month).  See you all week after next with the “Old Tricks” preview.