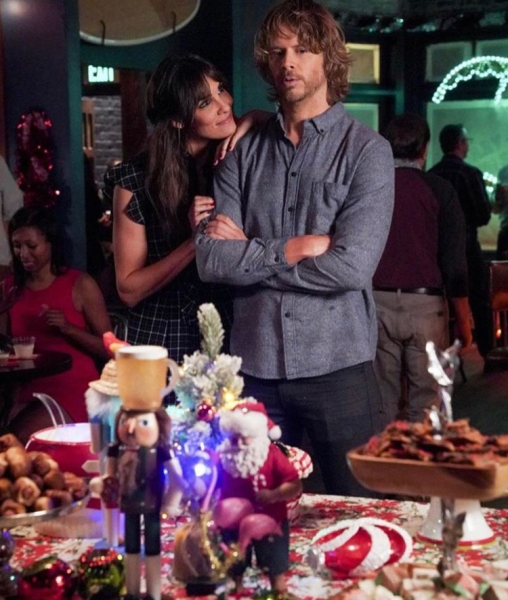 It’s that time of the year and last night marked the 9th time we have been treated to a special Christmas episode by the NCIS:LA team. Be sure you go on over to this week’s poll, and vote for your favorite Christmas episode and let us know which one you will always remember and what made it so special.

Yet no matter which one you pick, it’s hard not to enjoy the festivities because despite this particular case drama, the agents tried not to let a few bad guys or drug heists get in the way of the holiday spirit. This week’s episode Joyride, written by Erin Broadhurst and directed by Tawnia McKiernan, kept the Christmas craziness at a fun pace so we were able to concentrate more on the festivities than the actual case assignment. There are a few things that I could pick at, but what’s the point? Why don’t I go down the list of some bits and bobs that caught my attention and then we can compare notes in the comment section. Here goes….