I want to give a warm wikiDeeks welcome to new contributor Lyssa, who is bringing back Tess’ great episode previews, starting this week. We’re delighted to have her with us and send a warm thanks to Tess for continuing to contribute the cast list each week.

What CBS is telling us:   When Sam’s daughter, Kam (Kayla Smith), is kidnapped after leading citywide protests, he will stop at nothing to find her. Also, Deeks rejoins NCIS and Callen searches for answers about Anna, on NCIS: Los Angeles.

What we think is happening: Sam goes full papa bear searching for information on Kam’s disappearance, and Investigator Deeks is here (and hopefully explained)! He and Kensi take their next steps toward parenthood. 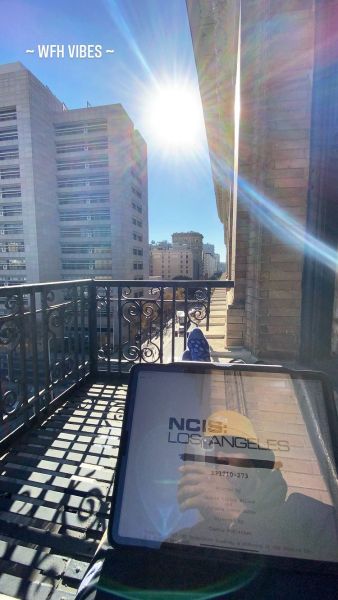 “The Frogman’s Daughter” Guest Cast (thank you Tess for letting me share your hard work here!)

Smith was last seen in “A Fait Accompli” leaving a parking structure under duress.

King was Will in the OWN series Love Is_ and had guest roles in LA’s Finest, Black Lightning and Big Problems.

Trong played Larry in Daybreak (2019) and appeared in episodes of Ghost Tape and The Leftovers.

Smith played Megan Markle in the TV movie Harry & Meghan: Becoming Royal in 2019.  Had guest roles in Into the Dark, Liza on Demand, Supernatural, Jane the Virgin and Con Man.  Smith worked as a host on unscripted series like Crafting Comics with Jim Higgins, CW Fan Talk: The Flash, DC: All Access and Collider Heroes.

Was Molly in Overthinking with Kat & June.  Appeared in episodes of Modern Family, The Good Doctor, New Girl, Jane the Virgin, Faking It and Dark Wings.

Tinker was David West in the season 16 “Boom” episode of NCIS.  Was Fenmore Baldwin on The Young and the Restless.  Appeared in episodes of Law & Order: True Crime, Small Shots, My Crazy Ex, Murder in the First, Turnt, You’re the Worst, American Horror Story, Station 19, 13 Reasons Why and LA’s Finest.

Guest roles include NYPD Blue, ER, Home and Away, Water Rats, Wild Side, All Saints, Charmed (2003), Without a Trace, Medium, Wonderland and Los Americans.

Robinson is currently playing Old Miss Kim on The Neighborhood.

Wilson played Sam’s sleeping wife in two episodes – “Found” in Season 1 and “Betrayal” in Season 3.  She is a longtime working actress with both comedy and drama credits.  She also played a Technician in “Automatic for the People” in JAG’s 10th season and FBI Agent Filsk in “House Rules” in NCIS’s Season 12.

For NCIS: Los Angeles’s Season 12, Wilson has been the program’s executive story editor. She wrote an episode of Bull (“Teacher’s Pet”) and was a story editor for the final season of Empire.

Wilson is married to former NCIS: Los Angeles writer Joseph C. Wilson, who is now a co-executive producer of The Equalizer.

Other Shots from the Set (and the surrounding areas): not many this week 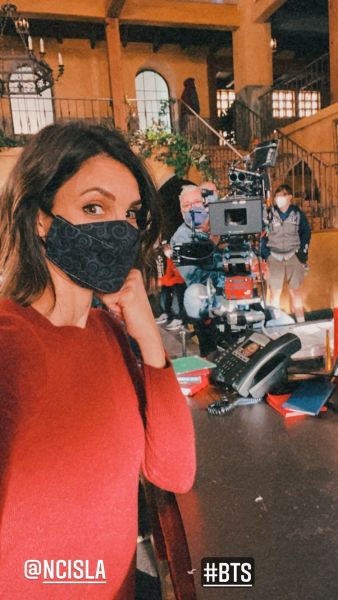 Megan Le is a stuntwoman who should be appearing this week. (She recently appeared in episode “Love Kills”)

Hello! I'm Lyssa, and I'm here because I love NCIS: LA and Deeks and being creative and crafty. Whether that's through my writing, postulating what will happen next on the show, or creating photo edits, or cross-stitching the characters, or building custom Funko Pops and their miniature props, I love it all!