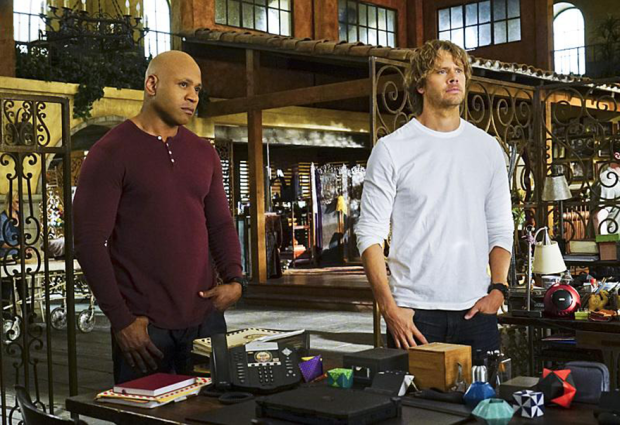 NCISLA Case Briefing: Defectors (S7E8)
“Defectors” – The team searches for a missing teenage girl who is feared to have been recruited by a terrorist organization, on NCIS: LOS ANGELES, Monday, Nov. 16 (9:59-11:00 PM, ET/PT), on the CBS Television Network. Written by: Jordana Lewis Jaffe | Directed by: Dennis Smith

Writer Jordana Lewis Jaffe applies a current, now too often, and utterly terrifying basis for this week’s episode. To reign terror on common citizens is one thing, but it takes an entirely different level of reprehensible being to use young girls as their deceptive pawns. What kind of coward would purposefully target some of society’s most innocent and easily-influenced youth to carry out their malicious ploys? How might veteran director Dennis Smith choose to have these characters and actors respond to such a sensitive case?

Was this girl kidnapped? Brainwashed? Voluntarily acting out on some misguided, justice-seeking obligation? As if this wasn’t troubling on its own, the criminal activity’s danger level and urgency accelerates when learning the human manipulation is led by ISIS. Yet again, the team is forced to search for the root of evil beyond domestic borders.

From the start there’s plenty of mixed signals to decipher. Strapped with their tactical gear, the team successfully tracks their subject only to discover his daughter has been abducted. This is likely a first twist to a long and winding storyline that already has us speculating on a long list of possibilities… Why did they initially perceive this man to (presumably) be a key to an NCIS investigation? Has he truly been mistaken as a possible criminal? Is it all a rouse? Might he be part of the group holding his daughter hostage? (Twisted, I know.) How many young girls might the criminals have kidnapped? Could the girl(s) have gone voluntarily? Might the girl(s) have been lured with lies? Is the supposed father being blackmailed? Might ISIS be holding the girl for ransom? (No, that’s not their way.) Further, it’s unlikely the team was on scene to aid or protect this man, not in Kevlar.

Providing levity is yet another musical offering from our Tech Operator. This time it’s not a physically-generated whistle or unusual noisemaker. In this attempt the Eric has connected with a more traditional instrument: an alto saxophone. What might have prompted this? Hopefully Mr. Beale isn’t suffering from a case of the “blues”!

Far odder than the woodwind wailing may be the sight of Kensi consuming… a fruit?! (Ah ha! We knew the teased steady diet of donuts, chocolate, ice cream, and candy bars couldn’t result in her impeccable level of fitness! And could there be expected mocking of their Sugar Princess at the mention of a wrecked pastry truck?)

Yet just as we extend noteworthy nutritional praise to Badass Blye, she “Kensi’s” the situation by stuffing it into the sax’s bell. Maybe Ms. Blye considered it a helpful act since citric acid can be used as a cleaning agent for brass? Perhaps she learned this DIY tip during firearms training? Surely she was just helping a colleague, right? And speaking of colleagues, should we be suspicious of or anticipatory about Sam and Deeks presiding in Ops prior to and without their partners?

Deeks’ Week: What we can surmise at this point is a pretty typical week. Until it isn’t. The IA investigation, like a seemingly harmless volcano, has been silently looming in the background. However, we and Deeks can easily presume pressure has continued to build. The initial eruption occurs at this week’s close. A worst-case scenario becomes reality as the detective is considered a suspect, with his peers hauling him away in cuffs. What might have prompted the arrest? Has new information or a potential witness come to light? Has someone gotten impatient regarding the investigation? As Deeks fans we’re certainly all eager to leap to his (hopefully) “happy ending”; yet, in the meantime let’s simply enjoy and celebrate the character focus on our favorite detective! 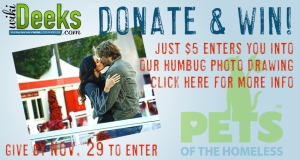