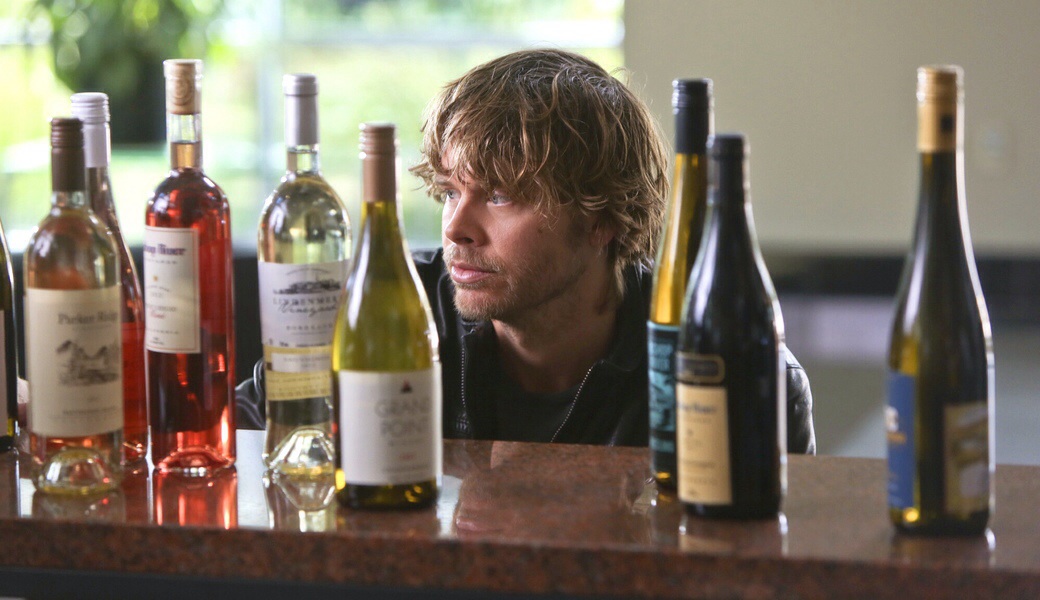 During the past week I was trying to imagine what it’s been like for Kensi after she was rescued by the team and returned safely back home again.  I wanted to see how Kensi used her time healing and reflecting on what happen to her and how she would apply what she had learned going forward.  Would we get to see a more improved version of badass Blye that we have all come to know and love? Or a more compassionate and tolerant woman instead?  But wait….we really didn’t get to see any of that all. Did I miss an episode somewhere because I am so dazed and confused after watching this show…kind of like the way I was expecting Kensi to feel upon her return! What the heck happen here?

This week Eric Pott is behind the camera again with a script from Gil Grant.  The team goes back to chasing bad guys on their own turf and with Kensi recovering from her nightmare, Deeks is partnered with Velma (Nell) again as the crew investigates a former marine who is being hunted down by Iranians for the return of a huge amount of restoration money he stole as a contractor.  Eric also gets a new partner up in Ops when Kensi is sidelined by Hetty.

As the show opens you can see Deeks is desperately trying to find a way to help Kensi in her recovery but he also knows that a kind word or deed may not always be appreciated. You can tell he’s not sure what he should do as he tries to organize the knickknacks on Kensi’s desk (I have no idea what he was doing with those horses! Some wishful thinking, perhaps?) But Deeks knows firsthand that Kensi is the only one who can reach deep down inside and find the courage to come out the other side an even stronger person (if that’s possible) than before.  But sometimes allowing the soul to be vulnerable is a sign of strength too. Kensi may be looking goooood on the outside, but from the expression on her face I have a feeling all is not well inside. But that is the last time we really see any leftover residuals of what happen to her in Afghanistan. Is Kensi just better at hiding her fear and pain than Deeks is? Maybe she hasn’t changed at all?

I want you to stay back first.

The mission is on but the partnership of Kensi and Deeks is not. As Hetty calls the two into her office, I find it interesting that there is no talk about what happen in Afghanistan and how Hetty was essentially responsible for Kensi’s ordeal. Did they ever talk at all about Jack? I would think Kensi would have been quite put out over what Hetty did to her? But no....it’s business as usual. Kensi’s time in peril was just like another day at the office. Once again, did I miss something here?


You’re a Man of Many Assets…but few words.

At least it’s nice to see the bromance brothers back undercover doing what they do best. Sam and Callen are such a well-oiled team that you can’t but watch in admiration as they convince Davis’ ex-partner (Stanfill) to let them get in on his wine business. They suspect he may still be hiding some of the missing money taken from Iran but proving it is another thing.   Meanwhile Shaggy and Velma are working their magic on a gang member who may have some info on the cartel that is assisting the Iranians. I love the look of amusement on Deeks’ face as he watches Nell in action. Although most of it is bravado, she tries her best to prove herself even though she still has a long ways to go before she can be a capable agent in the field. But I’m enjoying her time spent with Deeks. Although sometimes I wish she would realize how much she can learn from Deeks and not try to one up him all the time.

Do Not Presume to Know Me

Looks like Hetty is facing her past demons, as Granger tries to force her into letting Kensi hit the ground running instead of caging her up in Ops. She doesn’t like Granger second guessing her actions and challenges him on his analogy of a past case that ended very badly. It’s jarring to hear Granger reveal he knows all about Kensi and Deeks’ affair and assumes its Hetty’s job to put an end to it immediately. But Hetty dismisses him quickly and without wanting to discuss the matter further. Is she protecting the partnership or upset that Granger is right and she will have to come between the couple… again.

While Eric is barely tolerating his new partner, they are able to prove that Stanfill had maintained his partnership with Davis. Unfortunately, the team finds Stanfill dead along with packaged money hidden in his laundry room. (Deeks: Gives a whole new meaning to money laundering.) There’s more cash out there and the team has to find it before the Taliban does. Upon further investigation, Stanfill has been delivering boxes of wine filled with money rolls every month to an injured military buddy. Davis and Stanfill were bringing home the money for his care but after locating Davis they are able to find the rest of the stash before it gets into the wrong hands with his help.

It’s not the way you wanted it at all.

Nell readily admits that she really wanted to enjoy her time in the field with Deeks but not at Kensi’s expense. When she was telling Kensi her story about really wanting to be out in the field but it didn’t turn out to be the way she had hoped…it reminded me of the Frozen Lake analogy. Kensi knows all about wanting something very badly. Perhaps Nell is also talking about Kensi’s relationship with Deeks. Now I’m getting a bit concerned…

I know a lot of you out there have been having second thoughts about Hetty and her motives in sending Kensi out to kill the White Ghost. Up until now I’ve kind of let her do her own thing, hoping that Hetty knows best. But now I’m annoyed and angry at how she is playing Deeks. Why play games with the man? She knows his feels are true when it comes to Kensi and if she thinks it’s not going to work out either career wise or personally, tell him! He has suffered too long for this to go on any further. Even her interactions with Granger are a bit arrogant and more uppity than before. But yet she admits to Kensi that it’s only until she is reunited with the team that all will be revealed. So after one short day, Hetty feels Kensi is ready to join the team? Deeks recovery was much healthier to me and although I know everybody has their own time schedule for healing, this just felt like the whole incident was swept under the rug. I’m no Pysch Ops but even I know this can’t be healthy.

I’m also not sure the final scene was what I was hoping for between Kensi and Deeks either. And so we’re back to the punching again, are we? Ok, this tells us the old Kensi may be back but is this a good thing? Instead of going forward, did we just take two steps back? Deeks seems happy but I’m not sure he knows how hard the next steps will be either.

So overall it seems this episode took a step back from last week’s emotionally charged mission to let all involved catch their breaths and rest on their laurels. But it just wasn’t a very satisfying conclusion to Spoils of War because there were just so many questions and not many answers. So where do we go from here? You tell me!

I hope you had a chance to check out the first part of Bridget L’s feature story on Our Favorite Writers of NCISLA and the ones who shine brightest when it comes to writing for Deeks and Densi.  Her first installment included Frank Military and Dave Kalstein. Next week find out more about Joe Wilson, Gil Grant and Shane Brennan to name a few.  Also, join us next week for an interview with Dave Kalstein who talks about writing for Densi and why he enjoys Densi shippers so much! There will also be continuing entries to Deeks Surf Log and Kensi’s Journal.  I’m sure they will have a lot to say about their first week back together. And of course, I’ll be back with a review of Dave’s latest episode Three Hearts. See you next week!