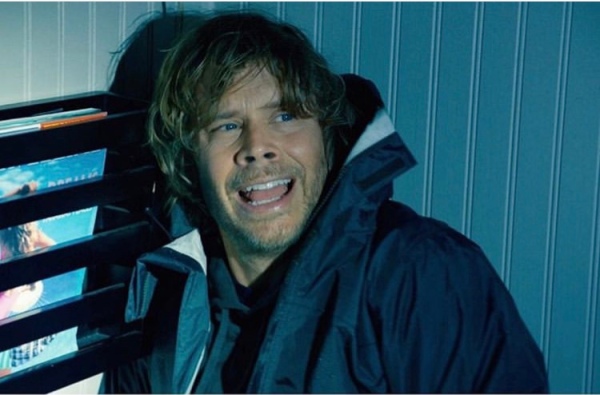 I can tell you right now this is not going to be your average wikiDeeks review. We have waited almost 10 long years watching and praying that the fates would be kind to Densi and we finally have something to celebrate. If anything had delayed them any further on the way to the altar, I think there would have been mass pandemonium from the fans. Despite many long years, there is no jumping the shark for these two. They earned this wedding day fair and square. Of course, that doesn’t mean there would be no hiccups along the way because potential catastrophes are always lurking around every corner for the NCIS:LA crew. But considering this week’s calamity was lightweight in nature, it only goes to show you how important this wedding was to the showrunners.  Despite the craziness, it all came down to love and in the end that was enough.

So, I ask that you please let me bask for a moment in the glorious Densi wedding we were given before we actually get to the storyline (what little there was). From the beginning, I always felt Kensi and Deeks made an intriguing couple. Will they or won’t they fall in love or will they decide that it was just easier to remain friends? It wasn’t until “The Job” in Season 2 that I realized a spark had been ignited and the game was on. When Deeks came knocking on Kensi’s backdoor bearing gifts of hamburgers and beer, I knew he was smitten. Kensi tried to ignore the sweet overture of kindness, but she was impressed enough to at least not kick him out the door. She was hooked too… she just didn’t know it. For me this was the beginning of #DensiWatch, as I called it. Every week I studied each word or movement to see if they would move closer to nirvana or sadly walk away from something that could become very special. I can’t say it was the perfect relationship, but that’s what made them so real. It could be frustrating at times, but they never disappointed this fan, especially when their love was proudly on display for all to witness.

Uncle Sam to the Rescue

Didn’t you love seeing Deeks reach out to Sam for advice and comfort and pleading with him to help? What a sweet moment considering it wasn’t that long ago that Sam found it hard to even accept Deeks as part of the team. Deeks trusts that Sam instinctively knows what he is going through and can talk him off the ledge on the night before the wedding. Even Callen’s approval was a nice touch. Yes, this family has come a long way.

Leave it to Deeks to feel as if he’s conned Kensi into marrying him. After witnessing his mom’s breakdown over the mother/son first dance, you can see where the insecurity comes from. It’s sad that someone so strong, courageous and human can be filled with so much self-doubt and lack the confidence when getting married. Why he thinks he is not worthy of this woman is beyond me. Still the traumas of his childhood continue to rear their ugly head whenever he’s faced with doubt. But that’s what we love about Deeks; it’s always that human factor that makes him so real. The mother in all of us wants to wrap that little boy up in our arms and make everything right again. This will be Kensi’s job moving forward, lucky girl. But who else but Deeks would ever be able to put up with a Kensi either? She has her own set of insecurities and hurts from past relationships. She’s damn lucky she found him, as far as I’m concerned. Actually, they are lucky they have found each other.

And then there’s the BOX…..

If it wasn’t for the actual wedding, the unveiling of what was in the box would be one of the greatest Densi moments ever. It was already the most asked question of our #AskECO video series. Fans have been so intrigued and captivated by what Kensi wrapped up so tightly in that carton that they never stopped begging for the answer. Even more so was the fact that Deeks was strangely content in not needing to know. But it was worth the wait. This reveal was a special moment indeed. It was almost more emotional than the wedding ceremony itself. Six years ago, Kensi knew she was going to marry this man. I’m glad Deeks was able to fulfill all of her dreams and more. Giving him her father’s wedding band was a big step for Kensi. By now, Deeks has got to realize there is nothing to doubt in regards to her love for him. This woman was smitten a long time ago.

While Deeks is freaking out over his wedding and locating the missing box, an unwanted guest from the past shows up to throw a wrench into the big day. Even though it was all one sided, Deeks’ admirer Anatoli Kirkin comes to save Deeks from making a big mistake. “It’s better to have loved and lost and never to have loved at all.” Shakespeare or Tennyson? I agree, Deeks. Let’s pretend this never happened. I’m glad Sam found it funny enough, though.

Kensi seeking out Mama Deeks at the bar was a wonderful bonding moment as well. I’m glad she finds her new mother-in-law as someone she can rely on and to help ground her in times of need. Thinking about all the men she has loved and lost, Roberta is there to remind Kensi she never has to worry about her son. She may be a bit wacky like Deeks, but Kensi knows a kindred spirit when she sees one. 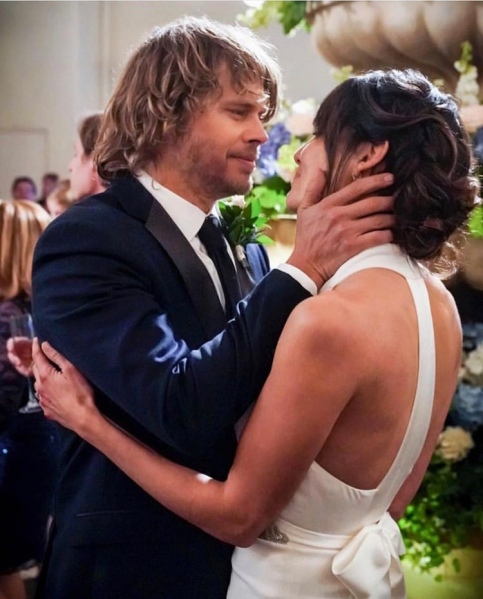 So here we are dearly beloved, witnesses to the marriage of Kensi and Deeks. And yes, there was a little bit of a storyline (besides the wedding) thrown in for good measure as well. Besides pretending to steal Deeks away from Kensi, Kirkin is kidnapped on the streets of LA. Did he arrange his own kidnapping, or is he in the middle of an internal organizational takeover? Or better yet, do we really care? At first, I was a bit annoyed that the whole Kirkin storyline had to intrude on this special day but then I began enjoying how the team rushed around like keystone cops to keep the Russian mobster safe and to keep Deeks from knowing what was going on outside at the reception. (Kudos to Eric and Nell too who kept me laughing throughout.) Even though we care less about what happened to Kirkin in the end, it was fun to throw around a bit of tension and stress in the mix. It wouldn’t be the NCIS:LA we all know and love without it!

We also finally get to meet all of Kensi’s girlfriends including the crazy Mindy, Mandy, Tiffany, Tiffani and Cat. I was hoping that when we finally met up with all the girls, there would be some substance between the six bridesmaids, but I was strangely disappointed. I still can’t figure out what Kensi has in common with these women. But it did make for a few comical pre-ceremony scenes. I only wish there had been some important mother-daughter quiet time between Kensi and Julia. It would have been a nice addition.

To see Hetty return for the first time this season was yet another momentous moment in the show. What an entrance! “I can’t leave you damn kids alone for one minute!” Welcome back, Hetty! I knew I missed the little ninja, but I didn’t realize how much until she stumbled out of that car. We don’t care where you’ve been, Hetty. We’re just glad you’re back. Talk about a little bit of perfect!

As Hetty said, this was a day to celebrate friends and family and the love that binds us all together. The sharing of vows, the smile on their guests’ faces and the way Deeks looked at Kensi was the culmination of nine years of love and devotion. I think at that moment, Deeks was finally able to release all that self-doubt and realize how much he is loved. It did turn out to be a ‘love story’ and a most beautiful one indeed. Most weddings are a bit antiseptic and cookie cutter perfect. Not this gang. I loved seeing Kensi’s bruised knuckles, Callen’s black eye and Sam’s split lip. It’s how they live their lives every day and this one was no different. Kensi and Deeks will always be there for each other and they have this incredible support system behind them no matter where life takes them. We should all be so lucky. 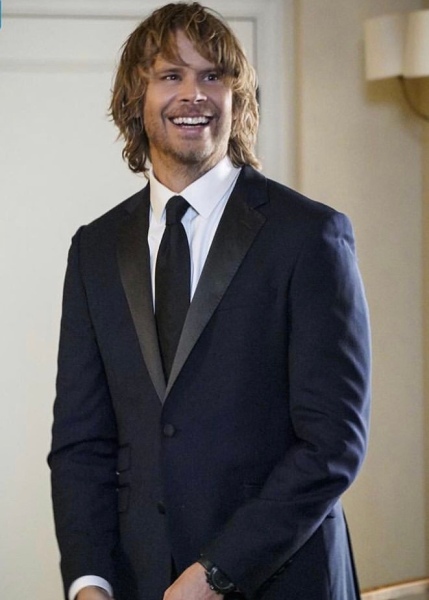 To quote Callen, “This may be my favorite day ever.” From Roberta trying to mend Sam’s dress shirt, to Kensi fighting and ripping her wedding dress and to Deeks finally finding out what was in that damn box… It was all magic. (Can this fangirl also gush at Deeks in that incredible royal blue tux?) Yes, hats off to R. Scott Gemmill and Tony Warmby for a well written and directed episode that will definitely go down in Densi history. Mazel Tov!

Let me know what your favorite part of this week’s special episode was. If you are a Densi fan I’m sure you have one or many like I did. Leave your comments in the area below and celebrate! Make sure you return this week for a post-wedding Surf Log and Kensi’s Journal too.