As Deeks would say, now that’s what I’m talking about. After a slow start to Season 11, writers R. Scott Gemmill and Frank Military along with the perfectly named Benny Boom teamed up this week for the year’s first stellar episode, “Hail Mary.” It may have had a few plot holes, but that was beside the point. The point was to make us laugh with one of the funniest episodes I can remember, and even more importantly, one where the whole team (sans Hetty) worked together to take down the bad guys.

I haven’t laughed so hard at an episode of NCIS: Los Angeles since maybe “SEAL Hunter” or even “Wanted,” written by Military and Gemmill, respectively. Right from the start, the humor just worked. Line after line landed, from each and every character, and worked to keep the episode’s tone decidedly light. The funniest lines by far came from Deeks and Kilbride.

Gerald McRaney is, to use an expression he would be familiar with, a hoot. His non-stop exasperation provided a great foil for Deeks’ sarcasm or Beale’s goofiness, and his rants against what he sees as spoiled Millennial whippersnappers were perfectly in character. Kilbride a video game champion? Don’t be an idiot – of course not, I’m an adult…

And oh my goodness Eric Christian Olsen played stand-up comedian all the way through, and yet his performance never felt over the top. Every situation really just seemed to call out for a joke from Deeks. Right from the start, with his deadpan comment about being sold a timeshare by the guys in suits, his sarcasm and silliness set the episode’s tone. And he never stopped. It’s episodes like this that make me think this show could almost morph into a sitcom. That’s great writing, probably accompanied by some great improv, along with capable directing and editing choices too.

Here are just a few of the awesome funnies: 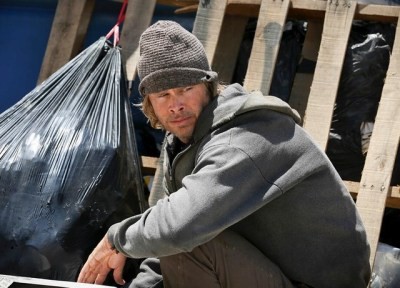 It wasn’t just that Deeks was so funny, it was that he was funny without being incompetent. He was the jokester, not the butt of everyone else’s jokes. Just how is it that one week we can have an episode where the humor seems strained and not in character – or at the expense of a character, and then turn around and get this gem? It really goes to show why Gemmill and Military are the show’s best writers. Although I sometimes call him the Prince of Darkness, Military has written very funny episodes in the past. “SEAL Hunter” is one of my guilty pleasures for that reason, but I also enjoyed the Callen-in-a-mental-hospital silliness that was “Crazy Train.” And I’ve long thought of Gemmill as the show’s funniest writer. He utterly dominated my lists of Top 3 Funniest Episodes and Top 3 Funniest Scenes. Can we demote them from their showrunner and executive producer jobs so they can write more?

The Team is Back

After two episodes where we rarely saw more than two characters together in a scene, how fun was it to see the whole gang (almost anyway) together throughout the episode? It felt as if balance had been restored to the universe. This is what we want to see. These characters we love, working together, solving crimes and killing bad guys. We watch the show because we love the characters, and when they’re together, their chemistry is truly special. Sadly, Hetty was absent. This episode was filmed at the end of Season 10, so hopefully we’ll be seeing Linda Hunt more regularly going forward. Let’s just hope Season 11 brings us even more episodes where the whole cast is on set together.

Oh, and in honor of Homeless Deeks’ short but memorable appearance, wikiDeeks has donated $150 to the charity he inspired, Pets of the Homeless. This great organization provides food and veterinary care to the animals that sometimes provide a homeless person’s one source of love and companionship. It brings the total we’ve raised to date to $4380. If you are so inspired, check out the link in our Pets of the Homeless article.

Next week’s episode looks promising. I’m assuming it’s the one Gemmill referred to as the “second” of the season (the second filmed?), where an incident affects Kensi and Deeks. Fingers crossed for some intensity. As much as I loved the humor of “Hail Mary,” you know I love the angst even more. I just wish next week’s episode was handled by Military, but hopefully Andrew Bartels can bring us some strong Densi moments. Fingers crossed.

In the meantime, what did you think of “Hail Mary”? Did you laugh out loud as much as I did, or did the humor feel over the top? Did you enjoy seeing the whole team together? What were your favorite lines? Tell us all your thoughts in the Comments below.